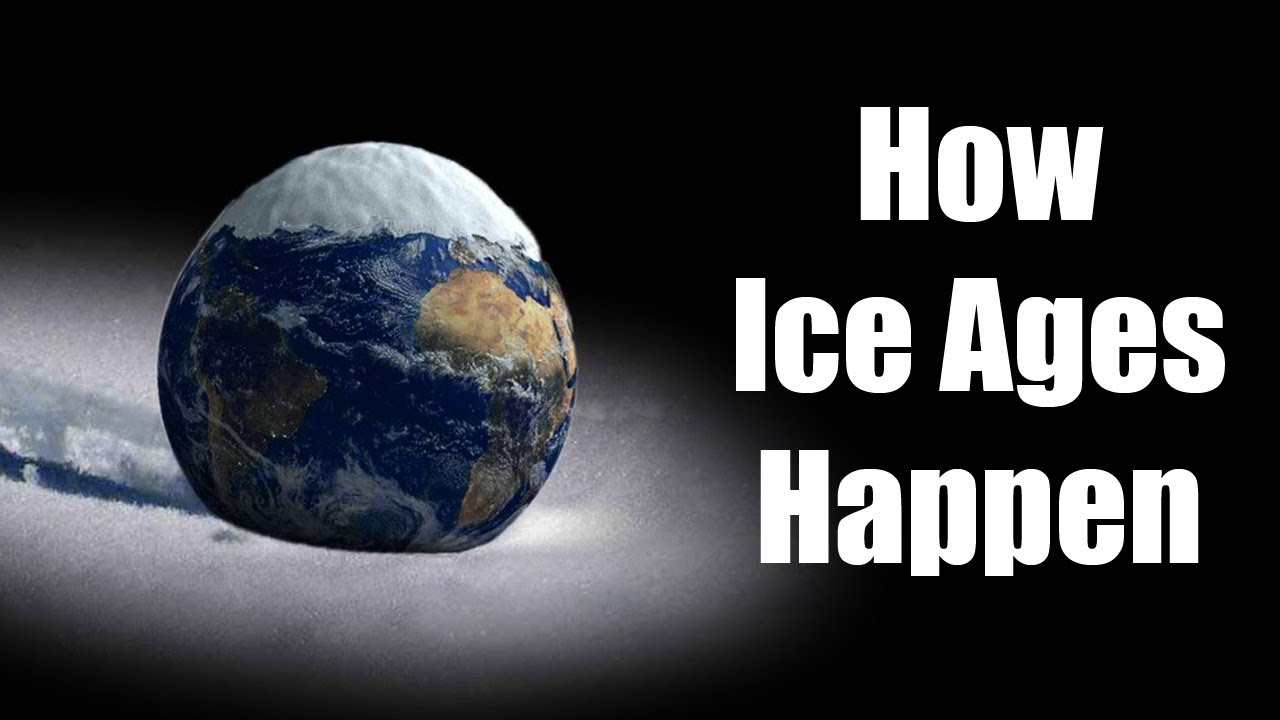 Over Earth’s long history, there have
been dramatic changes to our climate. The
Ice ages have come and gone. And what’s
surprising is that there’s a strong
pattern that explains why Ice Ages
happen when they do. This is called the
Milankovitch cycle. Named after Milutin
Milankovic, his theory explains how the
earth’s climate changes over hundreds of
thousands of years. His theory is based
on two key ideas: first, the Earth’s
climate is strongly affected by how much
sunlight the northern latitudes receive
during the summer. Second, this amount of
sunlight varies based on changes in the
Earth’s orbit and rotation. Why are the
northern latitudes so important? It’s
because of ice. When sunlight hits the
ground, most of the energy is absorbed as
heat. But if the ground is covered in ice,
most of the light reflects away because
ice is white. This creates a positive
feedback loop. Ice forms when it’s cold.
But ice also reflects light, making it
colder which forms more ice. So ice is
really important for climate. The
northern and southern hemispheres both
contain lots of ice. But there’s more ice
in the north
because there’s more land. Land has a
lower heat capacity than water which
means that water doesn’t change
temperature as easily as land does this
is why coastal regions are generally
more mild and why ice forms more easily
on land. Just look at the difference
between the northern and southern
hemispheres. In the south, there are ice
caps that grow during its winter but not
nearly as much as they do in the north.
During the winter the land above the
Arctic Circle is covered in darkness
experiencing twilight 24 hours a day.
It’s very cold and lots of ice forms
during the winter. And this is true no
matter what’s going on with Earth’s
orbit. The key variable here
is how much ice melts during the summer.
This depends on how much sunlight there
is during the summer. Now you might think
that this doesn’t change, but it does.
Milankovic showed that over hundreds
of thousands of years the amount of
summer sunlight can shift plus or minus
15%. This can bring ice ages. This can end
ice ages. How can the amount of summer
sunlight be changing? Well, first the
distance from the earth to the Sun is
changing and second the earth’s tilt is
changing. The Earth’s axis is currently
tilted at 23.5 degrees, but this
changes. Other objects influence the
earth gravitationally nudging its tilt
up and down. Every 41,000 years, it cycles
up and down. When the earth is more
tilted there’s more sunlight during the
summer. More summer sunlight means that
more of our ice melts away. With less ice
on the ground less light is reflected
away giving us a warmer climate. Earth is
unusual in that it’s tilt doesn’t change
very much. Earth has a very large moon
which stabilizes its tilt. Mars has two
tiny moons and so its tilt changes much
more dramatically.
The next effect is the distance from the
earth to the Sun. The Earth’s orbit is
not a circle it’s an ellipse. Every
fourth of July, we celebrate aphelion: the
day that the earth is farthest from the
Sun. Then in January the earth moves
closest to the Sun. Now the planets
Jupiter and Saturn both nudge the earth
causing its orbit to shift slightly
becoming either more oval or more
circular. This happens over period of
100,000 years. This effect is
wildly exaggerated in this diagram. It
actually looks more like this. You can
barely even see that the distance to the
Sun is changing, but this subtle change
has important consequences for our
climate. Earth as a whole receives 6% more sunlight during January
than it does in July. The seasons change
because the North Pole
sometimes tilts towards the Sun and
sometimes tilts away. The change in the
distance to the Sun, this works against
the change in the seasons. This moderates
the seasons in the north since the earth
is farthest away in July, but this was
not always true. The Earth’s axis is
moving in a circle, it’s spinning like a
top. This is called precession. In fact, I
made an entire video about this and what
this means is that 13,000 years ago the
tilt of the earth was reversed. When the
earth was closest to the Sun, it was
summer in the North. The distance change
didn’t oppose the seasons. It amplified
seasons making them more extreme. Now
warmer summer means more melting. More
melting means less reflection which
means the climate as a whole is warmer.
The amount of summer sunlight is
affected by three long-term cycles: one
changes the tilt, one makes our orbit
more circular or more oval, and one
changes how the distance to
the Sun matches with the changing of the
seasons. These three cycles powerfully
impact our climate. Scientists have
measured the history of our climate
using ice cores. Now Earth’s climate is
complicated.
You can’t just reduce it to a single
input but the Milankovitch cycles have
played a key role in our climate for
hundreds of thousands of years. For more
astronomical videos, please click to
subscribe.