The best strategy in life and in marketing, in my opinion, is to use the concept of “reciprocity”.

According to Wikipedia, Reciprocity in social psychology refers to responding to a positive action with another positive action, rewarding kind actions. As a social construct, reciprocity means that in response to friendly actions, people are frequently much nicer and much more cooperative than predicted by the self-interest model; conversely, in response to hostile actions they are frequently much more nasty and even brutal.

“You can catch more flies with honey than with vinegar.”

Attraction marketing should based on the golden rule or ethic of reciprocity. It is a maxim, ethical code, or morality that essentially states either of the following:
(Positive form): One should treat others as one would like others to treat oneself.
(Negative/prohibitive form, also called the Silver Rule): One should not treat others in ways that one would not like to be treated.
This concept describes a “reciprocal” or “two-way” relationship between one’s self
and others that involves both sides equally and in a mutual fashion.

It is much better to add value to other peoples lives, hopefully allowing them to get to know, like and trust you before attempting to make a sale. By getting to know someone, you can determine whether or not there is a “need” for your product or service before ever introducing them to it.

“Make what your doing today important, because you’re trading a day of your life for it.” 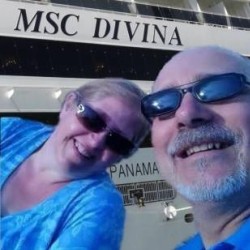 Latest posts by Exporter (see all)